Around the middle of the 16th century, castrated males began appearing as sopranos in church choirs. Reportedly, the practice started in Spain and quickly spread to Italy and southern Germany. The voice was created by castrating promising young boy singers just as they reached puberty, with the ideal being a voice that kept all of its high range and acquired some of the adult range too. Unfortunately, things didn_t always work out — there was no way to guarantee results — and many boys became “rejects.” Initially, creating castrati may have been an attempt to keep women out of the choirs as the written soprano parts began to go higher, but soon the combination of range, flexibility, and power, as well as the unique timbre of the castrato voice, ensured its survival as an acknowledged barbarity right up to the beginning of the 20th century. The last castrato was a man named Alessandro Moreschi, “the Angel of Rome” (1859-1922) although we suspect (and hope) that his vocal prowess was a mere shadow of that of great masters like Farinelli and Senesino. Still, it’s a fascinating experience to hear him sing. 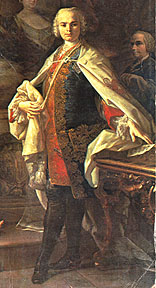 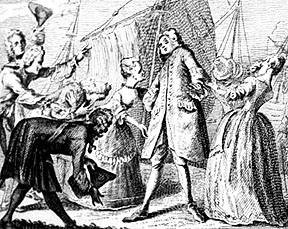 The Ladies Lamentation for the Loss of Senesino (detail)

In opera, castrati sang most of the leading male roles until past the middle of the 18th century, and in the Papal States, where there was a ban on women appearing on stage, castrati sang the female roles too. Women, of course, normally sang the female roles in opera, along with an occasional adolescent male role. Only occasionally did a tenor or bass or — more rarely — a falsettist appear, although men who sing castrato roles today use a falsetto production and are generally referred to as countertenors. Some castrati like Farinelli were truly extraordinary in having a range of about three octaves (although the recent movie about him failed to represent that). Most castrati favored one range or another: either what we would call mezzo-soprano or alto, and that tends to be true of most countertenors today. 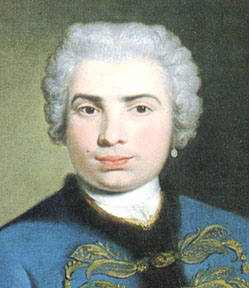 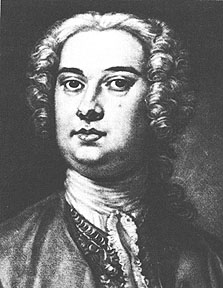 Portrait of the castrato Giovanni Carestini (ca.1705-ca.1760). Mezzotint by Faber.

Castrati enjoyed the adulation of the public in the Baroque era in a way that can only be compared to rock stars or superstar athletes today, and that may have made the physical sacrifice worthwhile — whether or not the boys had a choice in the matter in the first place. It’s difficult for us today to fully appreciate the vogue for the castrato voice (especially in view of the barbaric aspect of creating castrati), but hearing their roles sung by men with well-developed high voices is becoming increasingly common and can be a thrilling experience. Randall Wong is one whose falsetto is so startlingly high, he refers to himself as a male soprano (although he occasionally makes use of his tenor range as well). David Daniels has a more traditional countertenor range but his power, strength of expression, and technique are remarkable and certainly must approach the effect of the famous castrati.

Countertenor. Venti, turbini (excerpt) from Rinaldo by George Frideric Handel, performed by David Daniels with the Orchestra of the Age of Enlightenment directed by Roger Norrington. Virgin Veritas 7243 5 45326 2 7 (1998). Trk 16.