The cornetto is a hybrid instrument with the fingerholes of a woodwind and a brass-type mouthpiece. It was used extensively in the Renaissance in ensembles and later as a solo instrument capable of playing virtuosic divisions. Into the early baroque, it survived in the solo/chamber context, vying with the violin for status as the most virtuosic treble instrument. By about 1630, however, the violin had definitely begun displace it in that capacity. 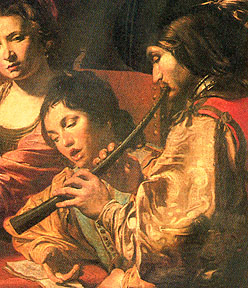 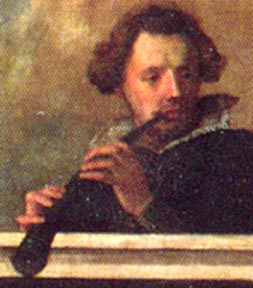 Often, depictions of cornetto players show the instrument being held and played to the side, rather than directly to the front like a trumpet. This is thought to be because the softer lip tissue to the side of the player’s mouth results in a more delicate tone. It is certainly true that original cornetto mouthpieces are much smaller and with a sharper rim than modern trumpet mouthpieces. The fingerholes are also spaced very awkwardly. Along with the very short soundling length, this makes the cornetto one of the most difficult instruments to play.

The cornetto’s other use in the baroque was as a choral accompaniment instrument. Even J.S. Bach wrote music for chorus with the sopranos doubled by cornetto in some of his cantatas.