The old gothic style harp, with a small body and bray pins, survived into the 18th-century in some places, but the new trend was towards instruments with a more mellow tone (through a larger body with a softwood top) and greater chromatic capabilties. Already, the later 16th century saw the “arpa doppia,” a larger-bodied instrument with one row of diatonic strings and one row of chromatic strings, sometimes cross-strung for plucking by either hand. 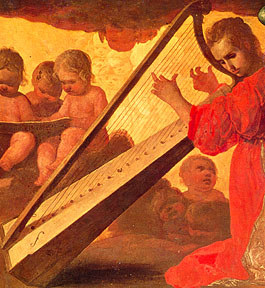 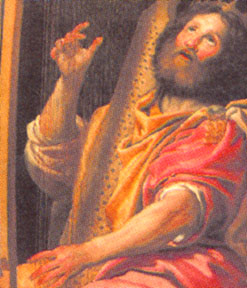 By the beginning of the baroque era there was even a “triple harp” which used three rows of strings in parallel. The two outer rows were diatonic strings. The inner row (which the player had to pluck by reaching through the outer rows) contained the chromatic notes. This instrument saw considerable use for accompanying vocal music in the early baroque, and for playing chamber and orchestral music from Lawes to Handel. 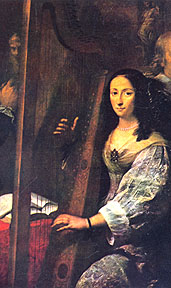 With the 18th century came the introduction of the single-action pedal harp, where a number of pedals operated levers through rods in the forepillar, and enabled the playing of chromatic notes through the alteration of the diatonic strings as necessary. The Naderman family in mid-18th-century Paris was particularly renowned for the quality of their harps of this type. By the end of the 18th century, the Erard firm introduced the modern double-action pedal harp, where two rotating frets can stop each string near the tuning pins, each one raising the pitch by a successive semitone.