The introduction of the horn into a musical context outside of the hunt is credited to Count Sporck, a late 17th-century Bohemian nobleman who fell in love with the cors de chasses he heard in France. These hunting horns, or “trompes,” were long and thin compared to modern horns and were held by the player with the arm through the coil. 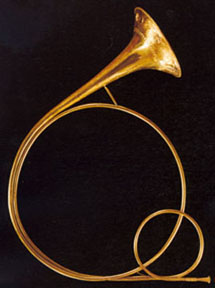 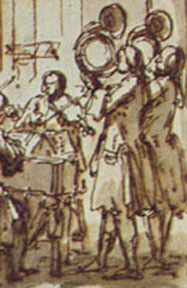 Horns played in the “up” position. Concert (detail) by Zocchi. Florence, Gabinetti Disegni.

Early horns designed for an orchestral context still had small bells by modern standards and, furthermore, were typically played with the bells in the air. This is the kind of horn Bach would have known for Brandenburg Concerto No. 1 and for the B Minor Mass (although many modern players use hand horn technique for this repertoire). Using just the notes of the harmonic series, these valveless horns were able to play in different keys through the use of crooks (exchangeable tubes of different lengths). 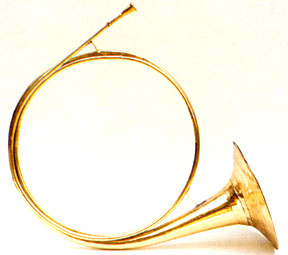 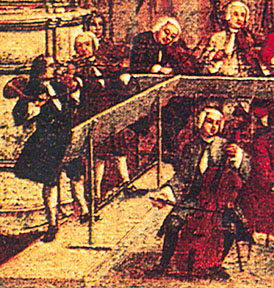 Toward the middle of the 18th century, a Viennese hornist by the name of Hempel, devised the technique of inserting the hand in the bell in order to correct the tuning of some of the notes of the scale. This works but produces some notes that are more muffled than others — a feature exploited to sometimes humorous effect by composers like Mozart. The bringing of the horn down also facilitated greater dynamic control — despite the enlargement of the bell — and helped integrate the horn more fully into the orchestra. 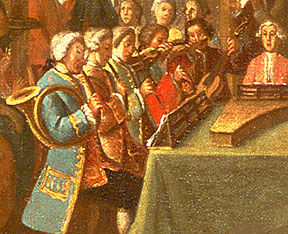 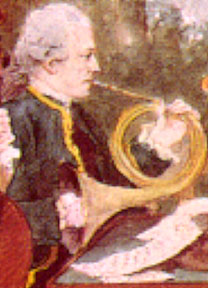