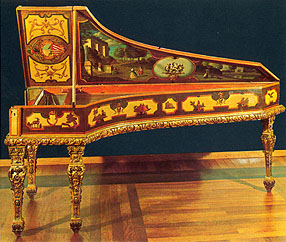 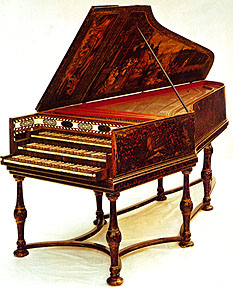 German harpsichords are larger in construction, sound, and tonal resources than any other national type. They sometimes have three keyboards and an almost organ-like profusion of ranks of strings, occasionally including 16′ and 2′ ranks in addition to the 8′ and 4′, giving four octave possibilities for each key. German harpsichords can also be visually identified by the “double bent side,” where the angled end of the French, Flemish, and Italian style instruments is replaced by an additional curve. Perhaps because of the huge case, German harpsichords seem to ring for a long time after the keys are played. 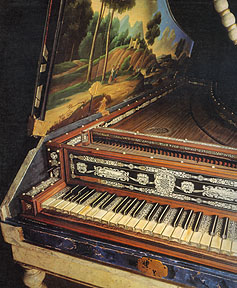 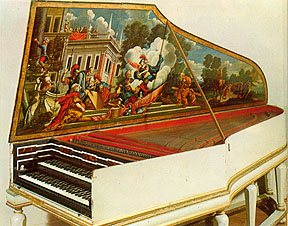