The bagpipe, of course, is an ancient instrument. What distinguished the musette, a bagpipe popular in baroque era France, was the use of a bellows. In 18th-century depictions it’s possible to see this little bellows tucked under the forearm of the player. Other bagpipes are filled with air by means of a tube that the player blows in repeatedly in order to achieve the necessary air pressure in the bag. This contorts the face of the player, however, so the bellows system was devised as a means of making the instrument more usable in polite society. The musette also has a softer tone than many other bagpipes, so it’s more suitable for indoor use. 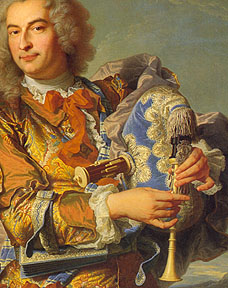 The other unusual characteristic found on many musettes is the barrel drone. Other bagpipes have the drone pipe (or pipes) going back over the player’s shoulder. The barrel drone contains several possible and tunable drone reeds in one compact cylinder. 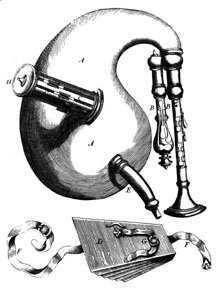 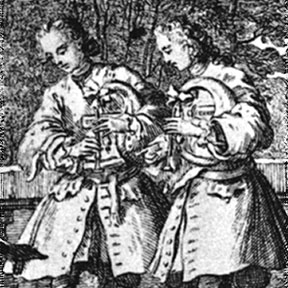