Organs in the baroque era continued many of the traditions begun earlier, although the general trend was towards larger instruments with a greater selection of tonal possibilities. Pipes included both flue pipes (made of metal or wood) where the sound was produced by a whistle-like mechansim, and reed pipes, where the sound was produced by means of a metal reed and shaped by a resonator which somewhat resembled a regular pipe. Stopped flue pipes produced sounds an octave below the normal or open length for that pipe. Groups of pipes were placed in enclosed chests for softer effects, or at the back of the player (Rückpositiv) for delicate solo work. 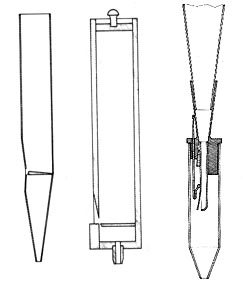 Different countries followed different traditions of choosing the style and combination of pipes although there is still quite a lot of similarity between the pipes themselves in spite of different national names for them. The cases acquired distinctive styles as well. In England, for example, because of the prevalence of rood screens separating the nave from the chancel, organs sometimes found a place in the middle of the church, as at King’s College, Cambridge. In France, the preference was for the use of a Récit or Echo division within the case as well as a Rückpositiv behind the player, with a fairly vertical orientation for the whole instrument. 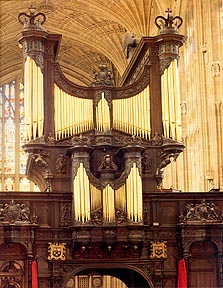 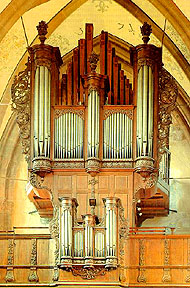 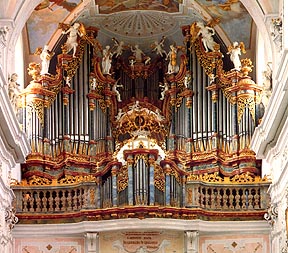 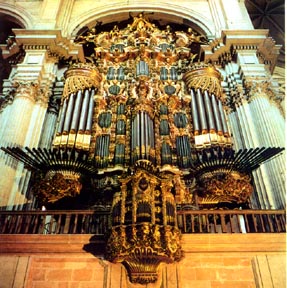