The multiplicity of sizes found in recorders at the beginning of the baroque era gradually gave way to a focus on a smaller number and a parallel tendency towards solo and chamber music instead of consort music. In the early baroque, a soprano instrument in C or a treble instrument in G seem to have been favored in the solo repertoire. Late division pieces from Italy and the Netherlands fit well on one or the other of these sizes. The main acoustical difference of the baroque recorder is that the bore tapers virtually to the end of the instrument, rather than “choking” the bore near the last fingerhole and widening to the bottom as in the Renaissance recorder. The result is a clearer sound and an upward expansion of the range. 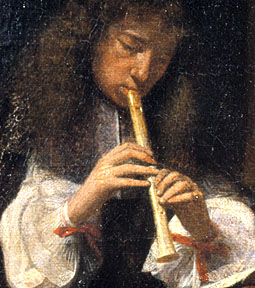 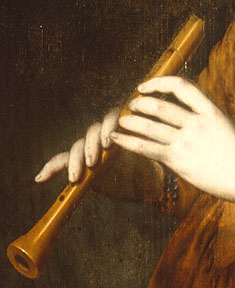 The outline of the instrument gradually changed also from the smooth and graceful curve of the Renaissance recorder to the turnery associated with other baroque woodwinds towards the end of the 17th century. At the same time, the alto in F emerged as the solo instrument of choice, although a few solo works were written for soprano and even sopranino, and bass recorders continued to be manufactured as soft and presumably rarely used continuo instruments. Some baroque recorders have double holes for the last two fingerholes. This facilitates the playing of some chromatics which otherwise must be played by partially covering the single holes. 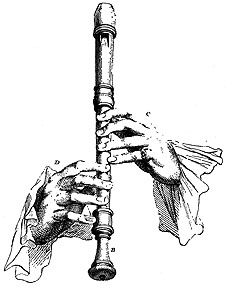 In France especially, besides the F alto, another size of recorder became popular as well _ a kind of tenor in D. This was known as the “voice flute” (probably from “voiced flute”) since it had the same bottom note as the transverse flute but the voicing (i.e., whistle-like sound producing mechanism) of a recorder. It functioned as an alternative to the transverse flute since it had the same range. Gradually, however, the recorder dropped out of use as less suited to both the volume of sound and nuances of dynamics required for repertoire towards the middle of the 18th century. Its sweet tone and potential for expressiveness through articulation in the hands of expert players have fueled its modern revival. 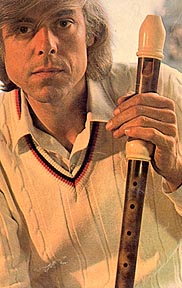