Descended from the medieval nakers, timpani were used initially just with trumpets in military ensembles and sometimes even on horseback. That military association continued into the baroque era with timpani seeing use with trumpets and, later, with the oboe band of the French court. By the early 18th century, composers regularly began to call for timpani in orchestral works, although there are a few isolated scorings in the late 17th century as well. 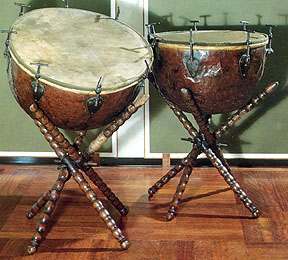 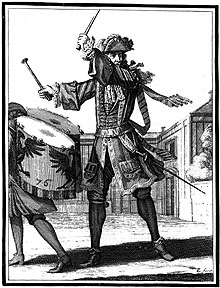 Most baroque music calls for just two timpani, pitched a fourth apart on the tonic and dominant of the key, although there are exceptions. By the end of the century, Haydn was calling for 7 different timpani. Little wonder that makers tried to find ways of tuning the instrument more quickly and easily. Baroque timpani use, generally, six to eight screws on the top in order to adjust the tension of the head, but pedal-tuned timpani began to appear in the middle of the 19th century, making larger pitch adjustments easier. At that time also appeared the softer headed mallets, whereas timpani sticks in the baroque era were wooden.