The dulcimer is a late medieval instrument which is very much like the psaltery. The significant difference is that the strings of the dulcimer were struck with little hammers rather than being plucked. The medieval dulcimer is thus more akin to the modern hammered-dulcimer (though quite a bit smaller) than it is to the popular Appalachian dulcimer. 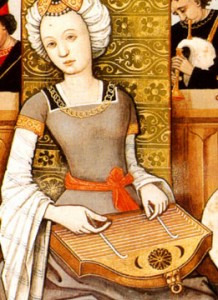 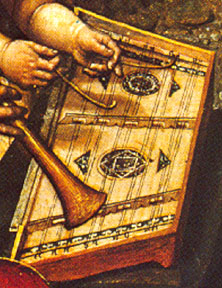 The dulcimer fell out of use in western Europe at the end of the Middle Ages, but continued in use to modern times in eastern Europe as the cimbalom.