The gittern was shaped very much like the lute but with a smaller pear-shaped body. Unlike the lute but like the bowed-string rebec, its neck was integral with its body in a single piece of wood. In the Middle Ages, gitterns were used as plectrum instruments, probably for playing top parts in polyphony since they didn’t have much lower range. Renaissance terms for gittern-like instruments are “mandore” and “mandola,” although the gittern’s heyday was definitely in the late 14th or perhaps the early 15th century. 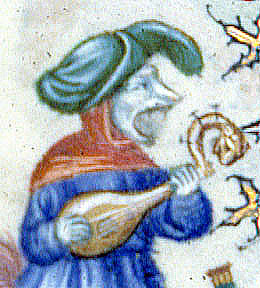 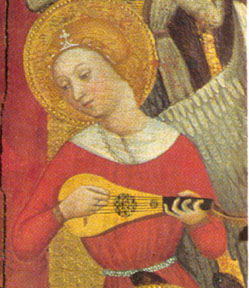 We are fortunate that one late-14th- or early-15th-century gittern survives in miraculous condition in the Wartburg Stiftung in Eisenach, Germany. This specimen shows fine workmanship, belying any modern misconceptions about crude medieval craftsmanship.

A relative of the gittern was the citole (they seem to have combined to evolve into the Renaissance cittern). Like the lute and gittern, the citole was fretted and probably strung with gut, although there is some evidence that metal strings may have been used in some places. There are early references to the citole dating from around the 9th century but its heyday was probably the 14th and early 15th century. 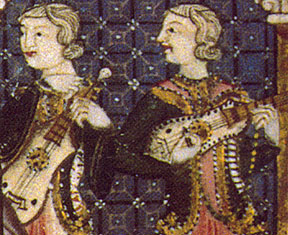