The lute was pre-eminent in a family of plucked-string instruments which included the mandoline-like citole and the gittern (q.v.), as well as the long-necked Saracen or Moorish guitar. The lute itself was introduced into Europe by the Moors when they invaded Spain in the 8th century, and its popularity received a boost when the Crusades began to increase Arabic contact c. ll00. The name, in fact, probably derives from the Arabic word ud. 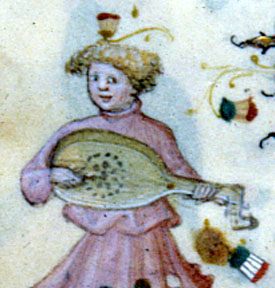 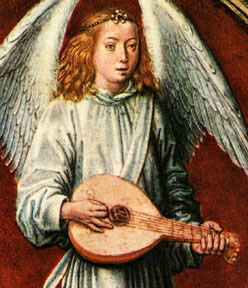 Medieval lutes are shown with four or five courses, or pairs of strings_about half the number of later Renaissance lutes. The main difference from the Renaissance lute, however, is that the medieval variety was played using a quill plectrum on a single line of music. Typically, the right arm of the player comes directly around the end of the instrument (or even up from the bottom), allowing for an easy up-and-down motion of the plectrum. 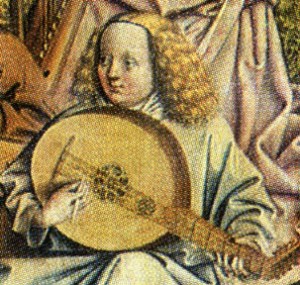 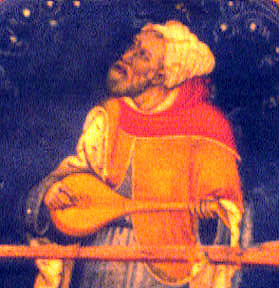 Moorish Guitar. The testament of Tristan: songs by Bernart de Ventadorn, troubador to the court of Eleanor of Aquitaine. Martin Best, voice and instruments. Hyperion CDA 66211 (1987).trk 4 Can l’erba (excerpt).

Some long-necked lutes are found in medieval paintings as well. These “Moorish guitars” seem to have been especially associated with arabic culture, although they found use in southern Europe as well.