One flute-like instrument stands somewhat apart from the others since it is not really a bas instrument — a soft instrument: the pipe and tabor. In fact, it is a pair of instruments that seem to have become partners in the l3th century, and are still popular in folk music, especially in southern France and Spain. 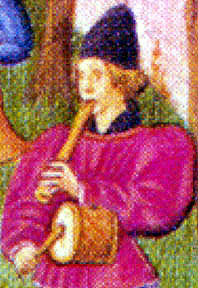 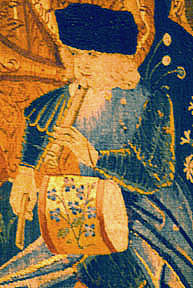