Although a bone recorder-like instruments were recently found in China dating back about 8,000 years, in western Europe the recorder can be traced only to about the l2th century. Most surviving evidence, in fact, comes as late as the 14th century. 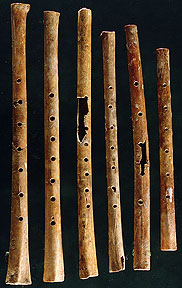 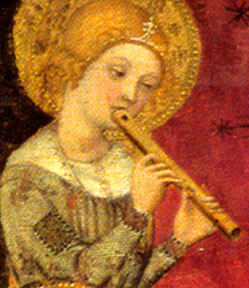 The recorder differs from the transverse flute by being blown at one end, having a whistle-like mechanism to produce the sound. Recorders typically had a thumb hole at the back near the upper end and seven finger holes down the length of the instrument. 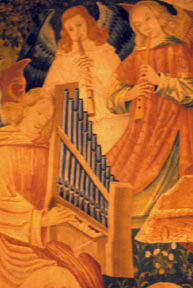 The medieval recorder differed from the now better-known Renaissance and Baroque recorders by being made only in smaller sizes and by having a cylindrical bore which produced a reedier tone than that of its later counterparts. 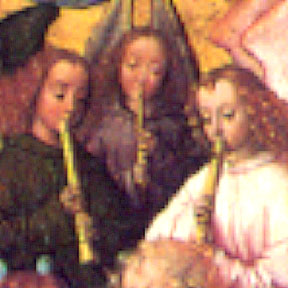