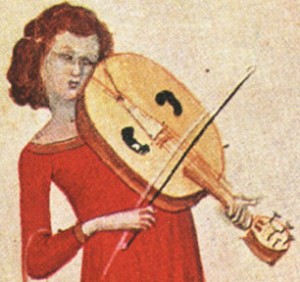 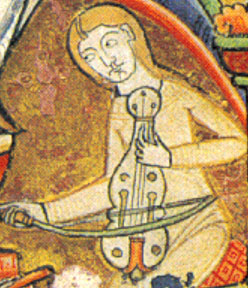 Basically, the vielle appears in pictures to have been about the size of a modern viola, with a slightly rounded rectangular body and four or five strings. From its appearance around the l0th century until about l400, it was probably constructed so that the lower strings could function as drones. 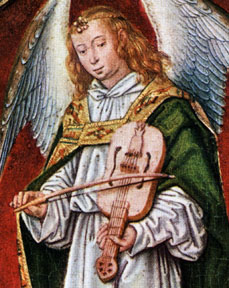 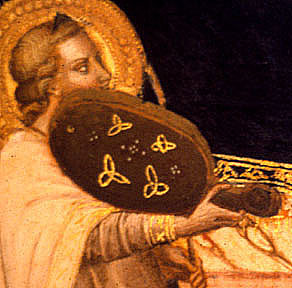 Other vielle shapes included ovoid and even one with scalloped sides that has been dubbed “holly leaf.” Mostly, vielles are shown being played at the shoulder, although a few are held between the legs like the later viol family. 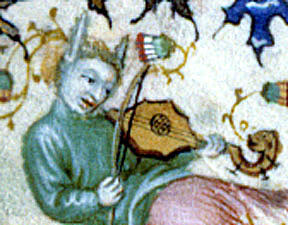