The lute, or testudo as Praetorius subtitles it in reference to its tortoise-shaped back, was one of the most popular of the “perfect” instruments—instruments which could play all of the parts of a composition, not just one line. Lutes were popular in the Middle Ages for doing precisely that_playing one line_but at some point in the late 15th century, players began to experiment with playing more contrapuntal or chordal works. The new arm/hand position continued at first to come round the end of the instrument, using the thumb and forefinger as plectrum substitutes. This is called thumb-under technique. 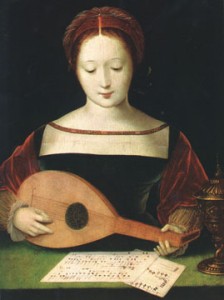 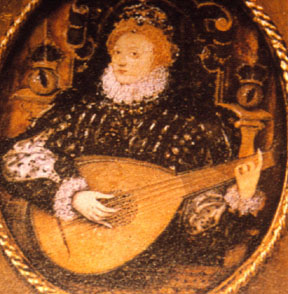 Gradually, the instrument evolved from having five courses (or pairs of strings) in the early Renaissance, to seven, eight, or even ten by the late Renaissance, and as the number of strings grew, the arm of the player began to come over the shoulder of the lute and the thumb came out as in modern guitar technique. Lutes were among the earliest instruments to develop a solo repertoire but also, from about the middle of the 16th century, it became expected that they would participate in ensembles with other instruments as a kind of proto-continuo. Later Renaissance, makers also devised lutes with extended necks which were known by such names as archlute, theorbo, or chitarrone. The larger ones were frequently single- rather than double-strung and were prized as accompanying instruments, although they possessed their own solo literature as well. 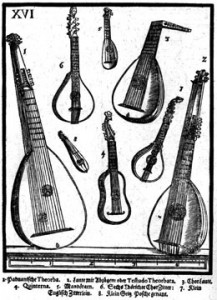 One other instrument related to the lute is the vihuela, which was the instrument preferred by Spaniards over the lute. It was tuned exactly like the lute (typically with six courses), but was shaped more like the modern guitar. 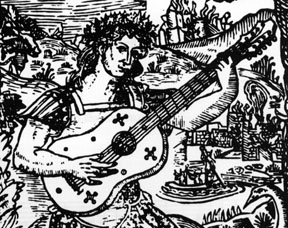