Praetorius was by profession himself an organist and he naturally gives considerable attention to organs in his treatise. Although there were many national differences, the average Renaissance church organ had one or two manuals (rarely three), sometimes a pedalboard, and about ten stops, occasionally including the earliest metal reeds. Of these, he says: 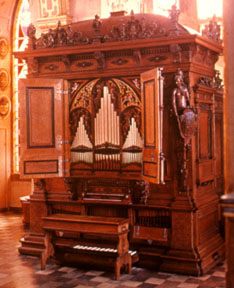 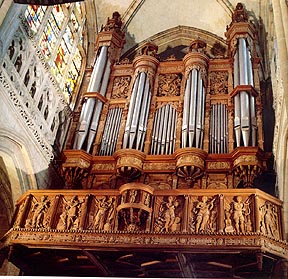 “The term ‘regal’ may apply to the reed stops generally found in the breastworks of the organ. But this term is also used in royal chapels to designate an instrument in the shape of a small and longish chest containing one or more ranks of reeds, with two sets of bellows attached in back. The regal can be made very soft by placing its cover on, and by taking it off it can be made low enough to sound clearly in a full and well-appointed ensemble of singers and players. It is heard with great pleasure before court banquets and at affairs of honor.” 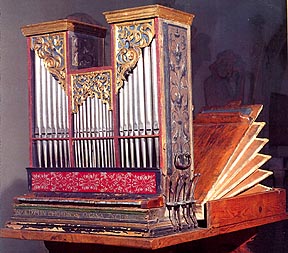 Renaissance table positif. Anonymous, 16th century. The four iron rods on the right side of the case are the stop pulls. Basel, Historical Museum, No. 1927.258. 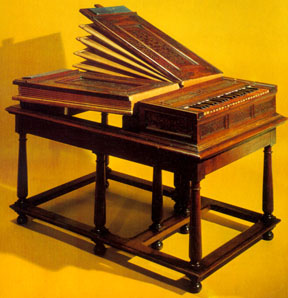