An instrument closely related to the recorder, often seen in depictions of music-making out of doors, is the tabor pipe. Instead of the usual number of finger holes, there are only three—one in back and two in front—so that the player can also beat a drum with the free hand—sort of a one-man dance band. 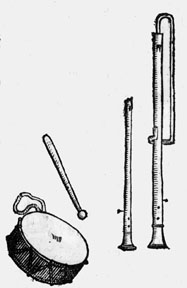 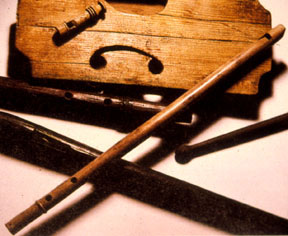 Following the consort principle, Praetorius shows a number of sizes, but it is unlikely that the larger ones were used much. The instrument shown here was recovered a few years ago from the sunken wreck of the Mary Rose, Henry VIII’s flagship which sank in the 1540s — remarkable that after more than four centuries under the sea, it still looks playable.