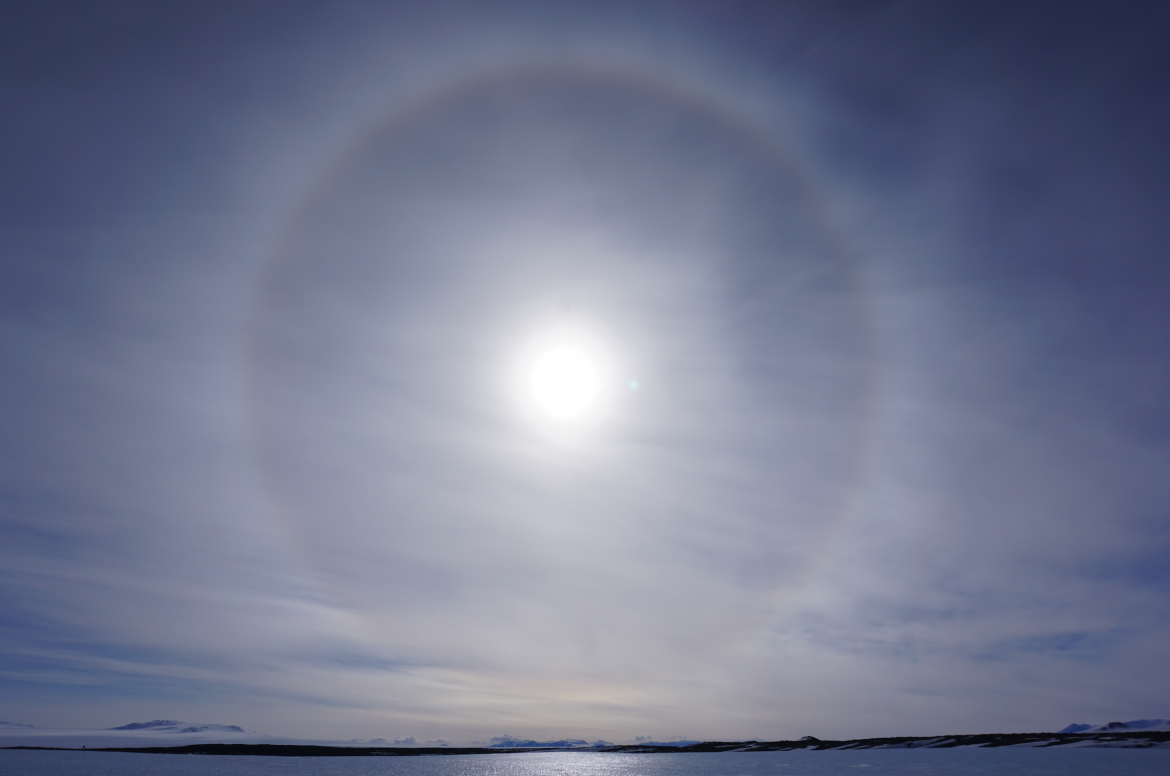 A beautiful 22° solar halo we saw while doing “Big Tongue” meteorite sweeps a few weeks ago.

The team is together again in McMurdo! Lauren, Alex, Brian, and Johnny arrived this afternoon and took the remainder of camp gear with them. We are enjoying our last night together. Cindy, Nicole, Marc, and I have a long day tomorrow traveling to Christchurch, New Zealand. Lauren and Alex will get to Christchurch a few days later while Brian and Johnny are in McMurdo for the next week. That’s it for now, I’ll let you all know when half the team arrives in New Zealand! 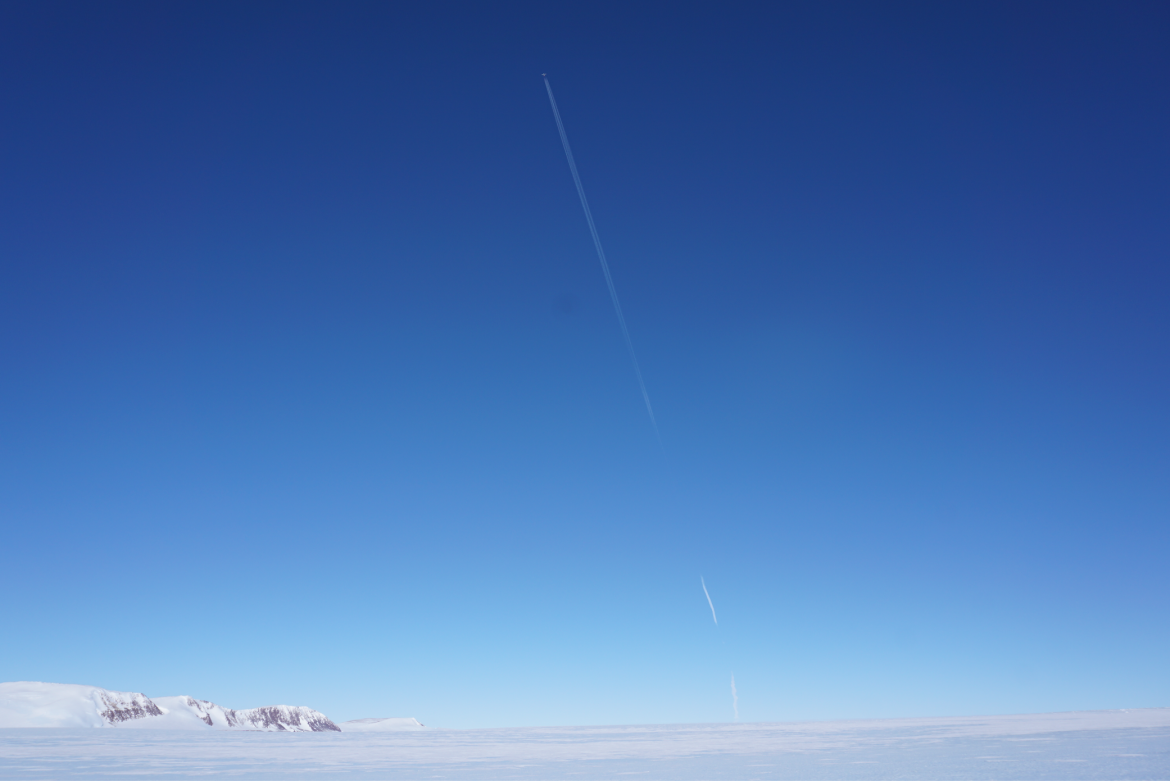 View from Davis-Ward of an LC-130 plane on its way to Amundsen Scott South Pole Station; this is the same type of plane we’ll take to travel from McMurdo to Christchurch.

-Emilie having an amazing last night with the best team ever in McMurdo, Antarctica.
(note from RPH: You may get lucky, Em;  it’s late enough in the season for C-17’s, faster and more comfy. Also love the solar halo.  for the Antarctic geeks out there, it’s a great navigation aid- since it is 22° from the sun , it gives you a direct measure of the sun’s elevation, which you can turn into a lot of good information (like direction, latitude, local time of day, etc.)
Previous
Next
Scroll To Top