Video from Robin Herzig, USAP contractor
While we were in Davis Ward, penguins descended upon McMurdo. This is a video of the herd leaving town!    After being told about this by multiple people when we returned to McMurdo, we were able to find evidence of this on the shared computer drive (McMurdo’s “I-Drive”).   I just had to share.  (Note from RPH:  author of this video found and cited 2 years late!).
Nearly every night in the science tent after Johnny read Antarctic explorer journal entries, an ANSMET team member would play a song of their choosing. We wrote down our nightly songs with plans to eventually share a playlist with blog viewers. Now that I’m all the way home in Santa Barbara, CA (it took me about 5 days to return home from Davis Ward, but about 4 weeks to travel from LA to Davis Ward…), I have good internet and can compile the playlist! The ANSMET team thinks that followers will have a fun time listening – it is a pretty eclectic suite of songs stretching across generations! This is in order from our first night to our last in the field at Davis Ward (although we forgot a few nights):
https://open.spotify.com/playlist/2yZkVXpQ9bs8nU6Mc7LdVB?si=P21eAIgaR_ahJaJMROxv2A
Also I’ve been starting to go through the MANY pictures I took, and found a few more that I thought would be worth sharing. 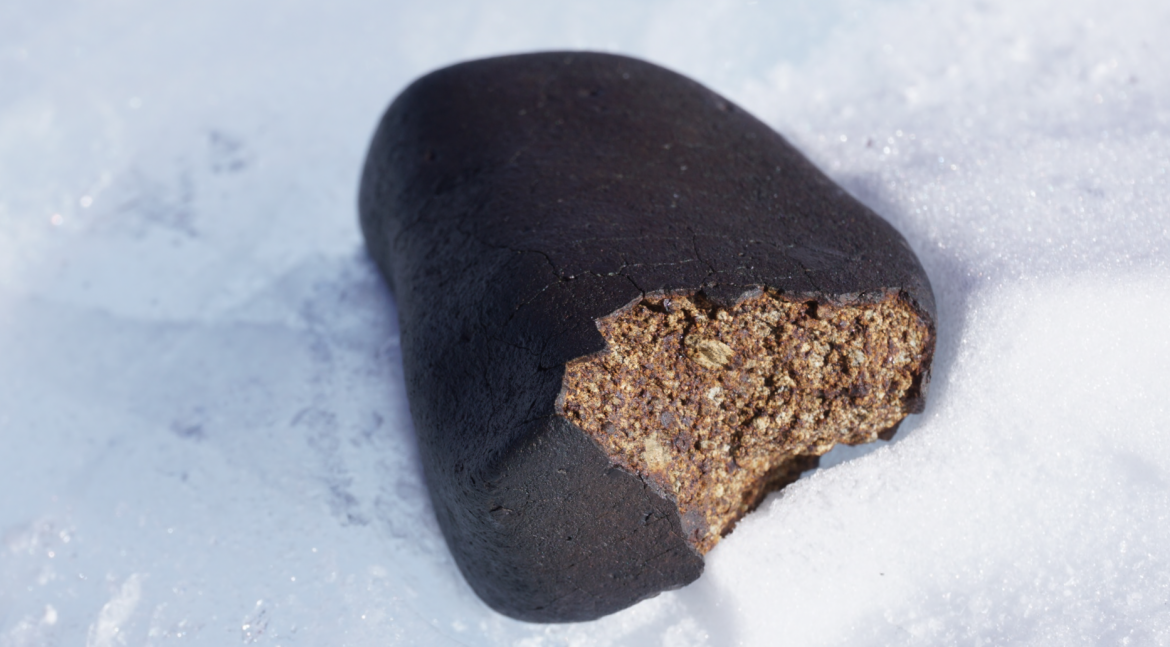 Image of one of the many beautiful meteorites we found. This is likely an ordinary chondrite and has a smooth black glassy fusion crust with a bite taken out of it! The meteorite is about the size of both your fists put together. 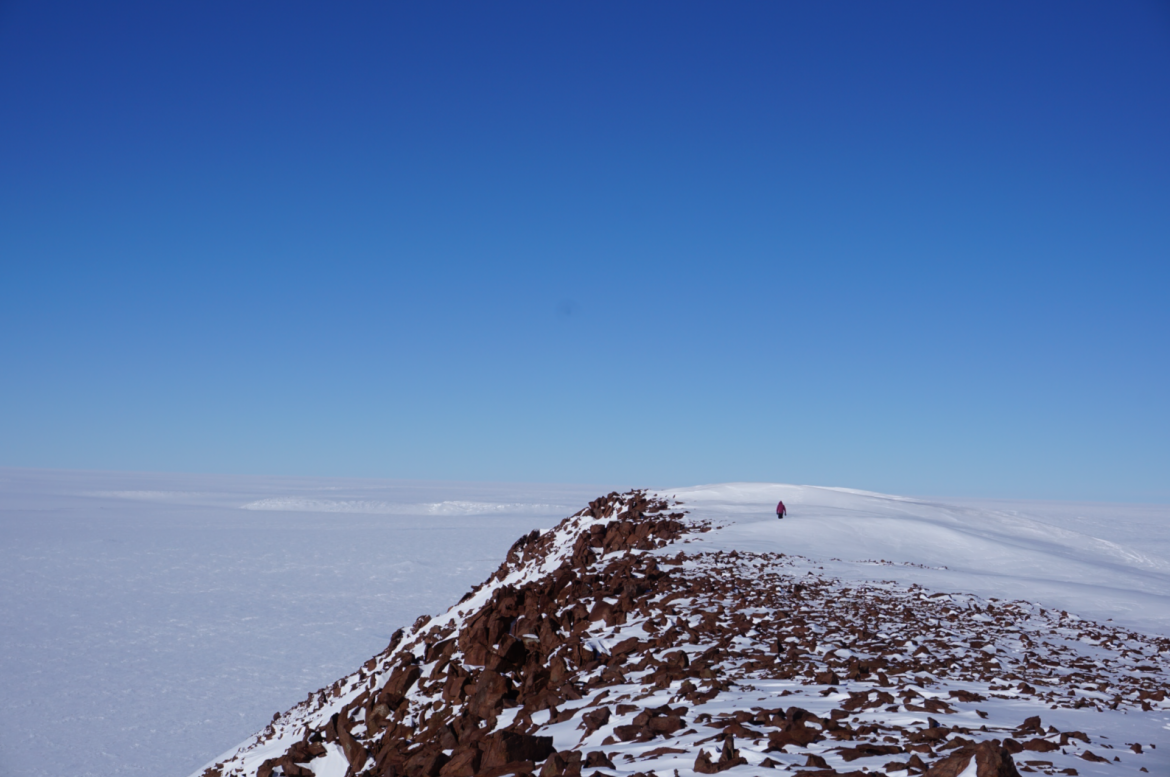 Johnny wandering around the top of Mount Ward. 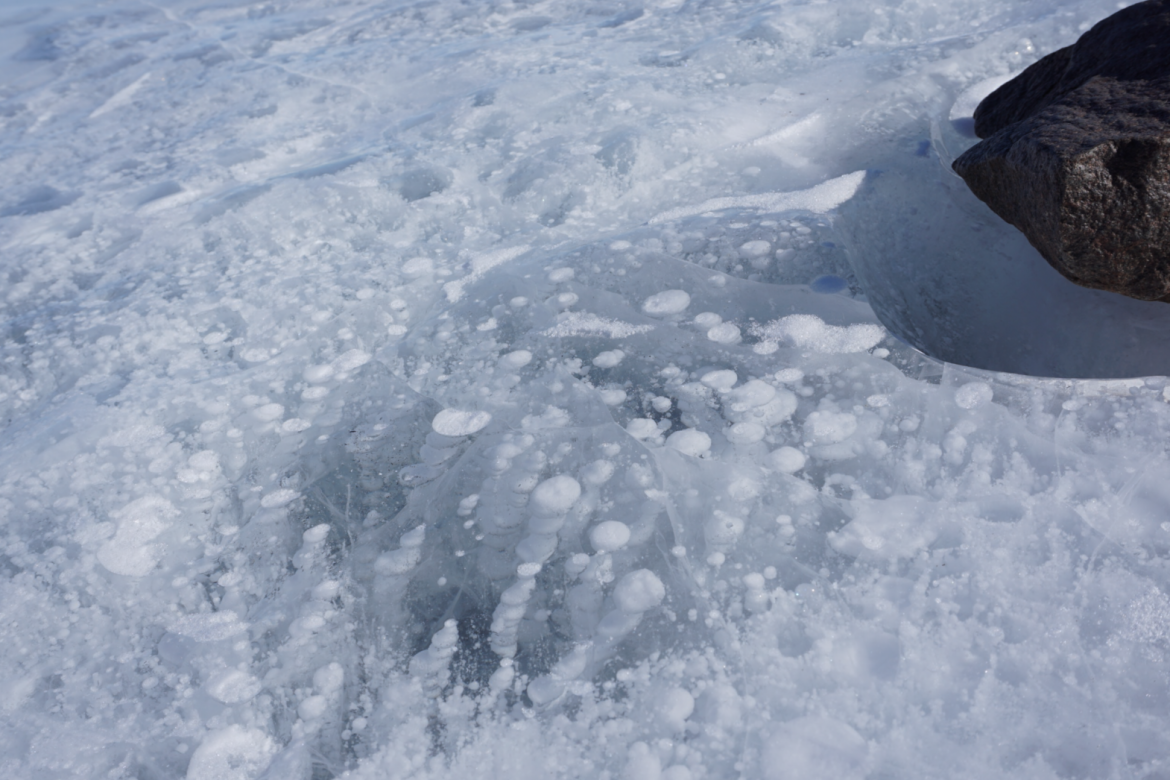 Frozen bubbles! There exist what we call ‘lakes’ at “The Beach”, a moraine area where lots of meteorites have been found. This is a pocket of bubbles in a ‘lake’ near a dark rock. 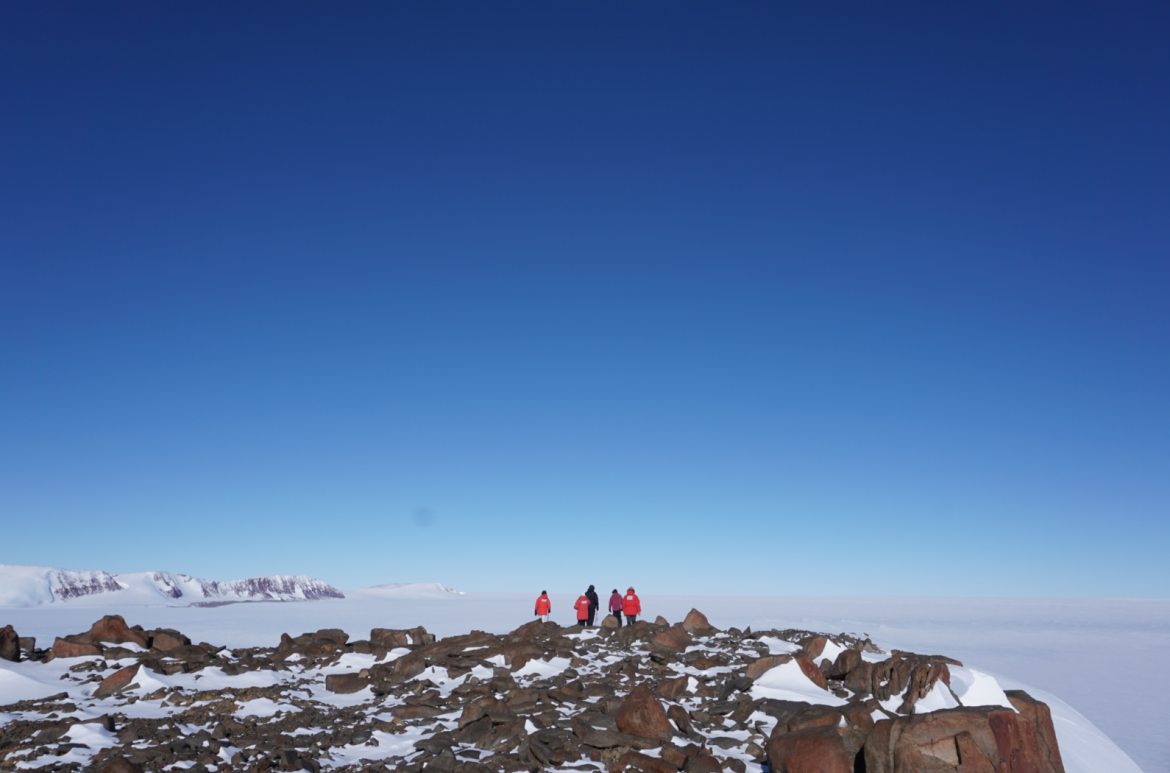 Most of the team wandering around one of the Davis Nunataks nearby camp to get an overview of the scenery.

Hope you enjoy! And hope the rest of the team has safe travels back home!
-Emilie from sunny Santa Barbara, CA.
Previous
Next
Scroll To Top