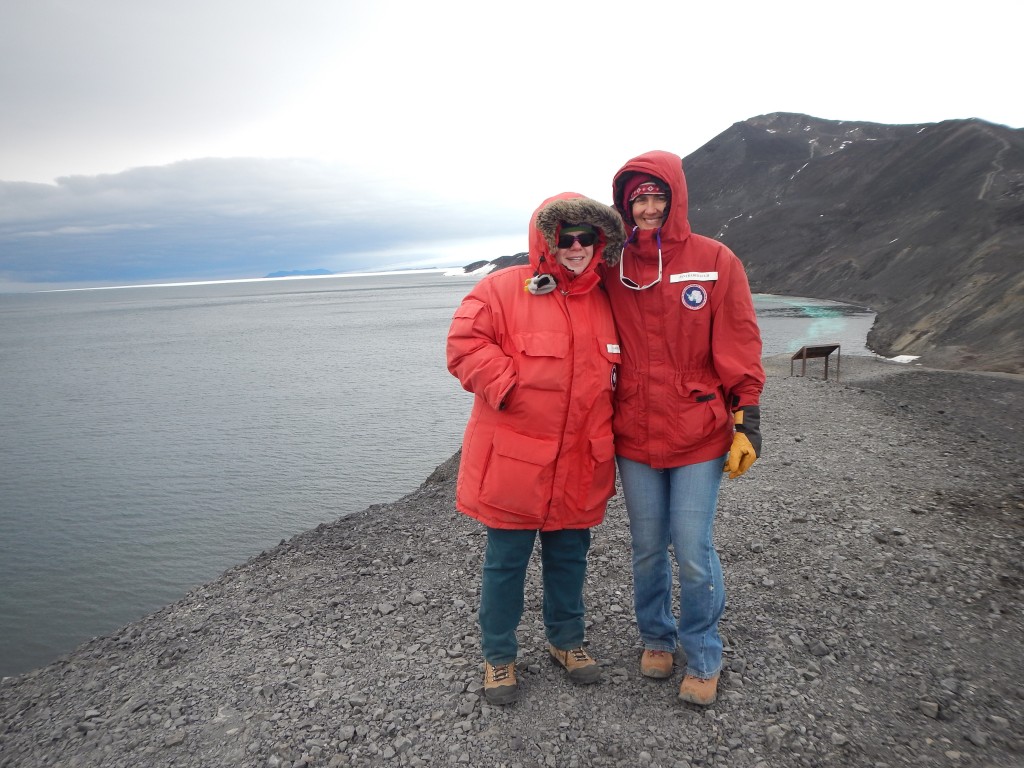 Barb (right) and Jani (left) on Hut Point with the direction home (north) over their shoulders
Manavi, Morgan, Jani and I have just finished dragging our bags up to the Movement Control Center and are all checked in for a flight north tomorrow. We’re in the Coffeehouse now, with our final drinks, writing postcards to friends and missing our other half. Unfortunately, low clouds precluded our guys from being picked up on Saturday from the field. They have ample food and fuel left, so are safe and warm. However, the soggy state of the Pegasus runway means that only ski-equipped aircraft can enter and leave McMurdo, and there’s a backlog of folks waiting to leave the ice on the Hercs – so we have no choice in the logistics of when we leave and are flying out tomorrow before we can see them safely home.
Today’s postcard to our readers includes lots of pictures, since we have a good internet connection here in town and some time to sightsee in between unpacking, cleaning, and stowing cargo coming in from our field site. The icebreaker came in a week or so ago, and between its work and some favorable winds, McMurdo sound is open water nearly as far as the eye can see. Lots of wildlife is taking advantage of this – seals and skuas abound, along with new and exciting visitors like Minke whales, orcas, and Emperor and Adelie penguins! The icebreaker is still in port with a crew of Coast Guard folks, and we had a private yacht full of visitors too. Every time I walk out, it looks like a bustling little seaside village – so very different from the mining town we left in December. We’ll all be sad to leave it.
-Barbara
(p.s. I titled this Part 1 because I hope you’ll still be hearing from the rest of the team as they come in later this week!) 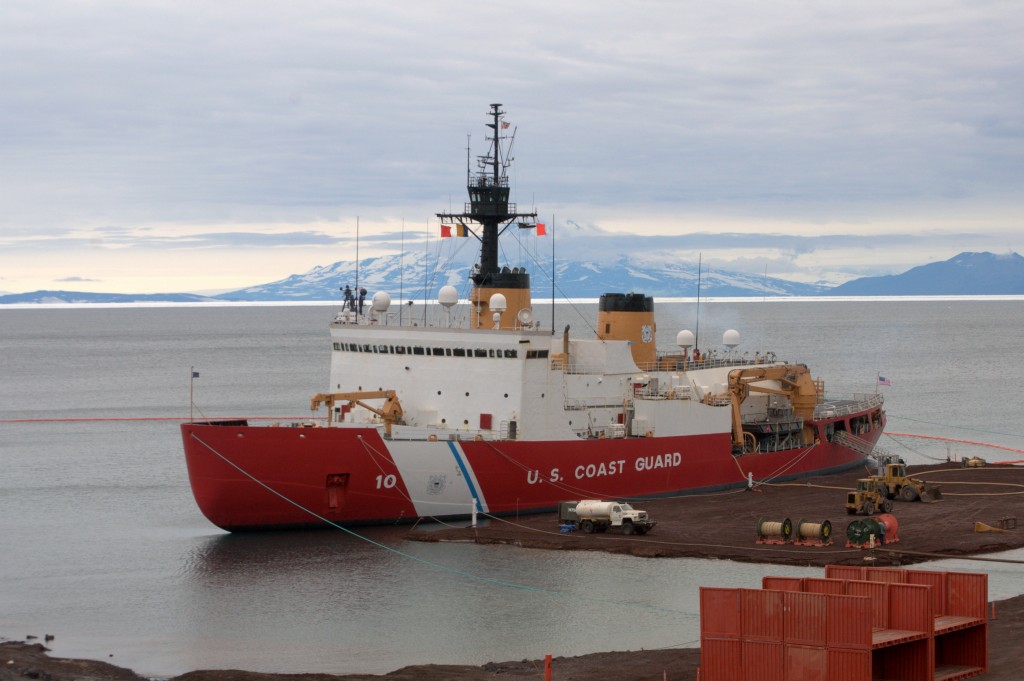 The Polar Star, a Coast Guard icebreaker that NSF recently refurbished (with Mount Discovery in the background). It broke up the ice so that a fuel tanker can come in next week and then the cargo ship after that.

An Adelie penguin uneasily eyes a Weddell seal looking to move in on its iceberg – near Scott Base. 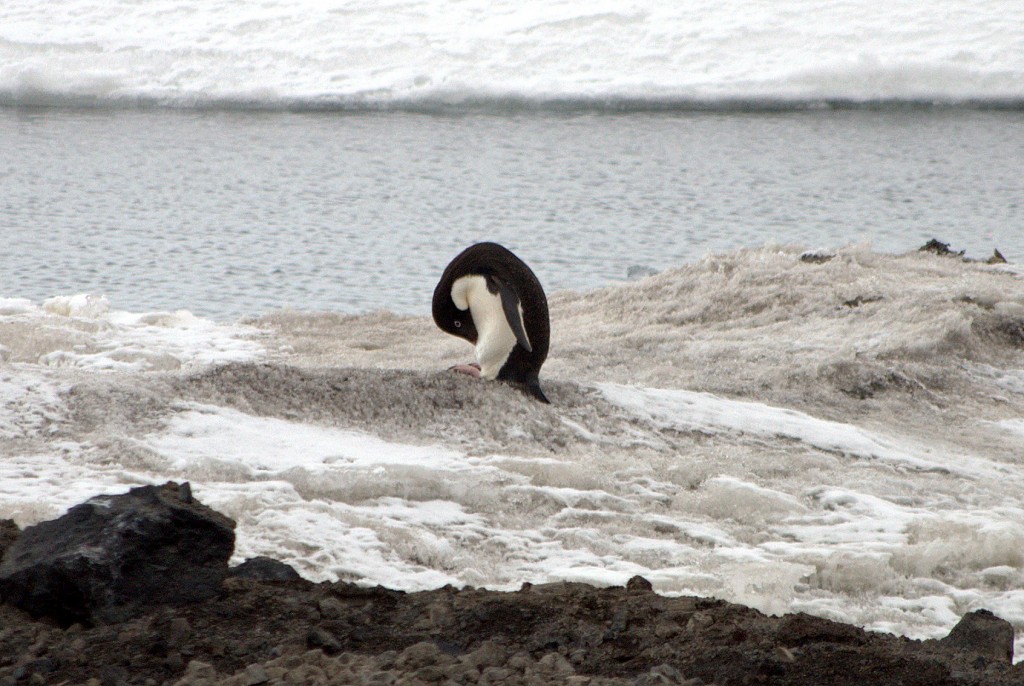 The Adelie assumes the Kiwi pose. 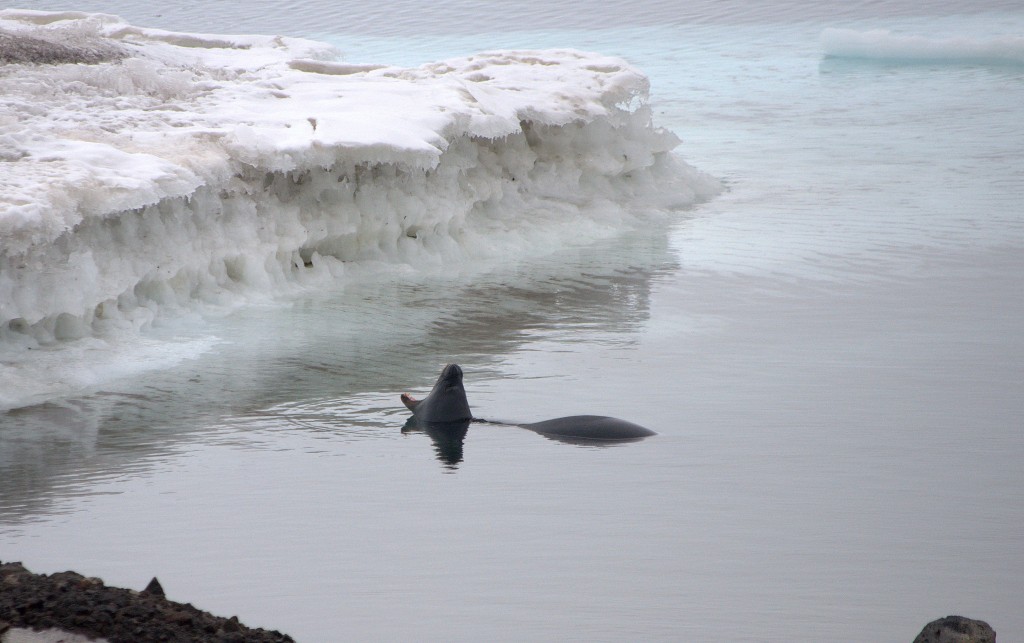 The seal laughing at the Adelie (probably just yawning). 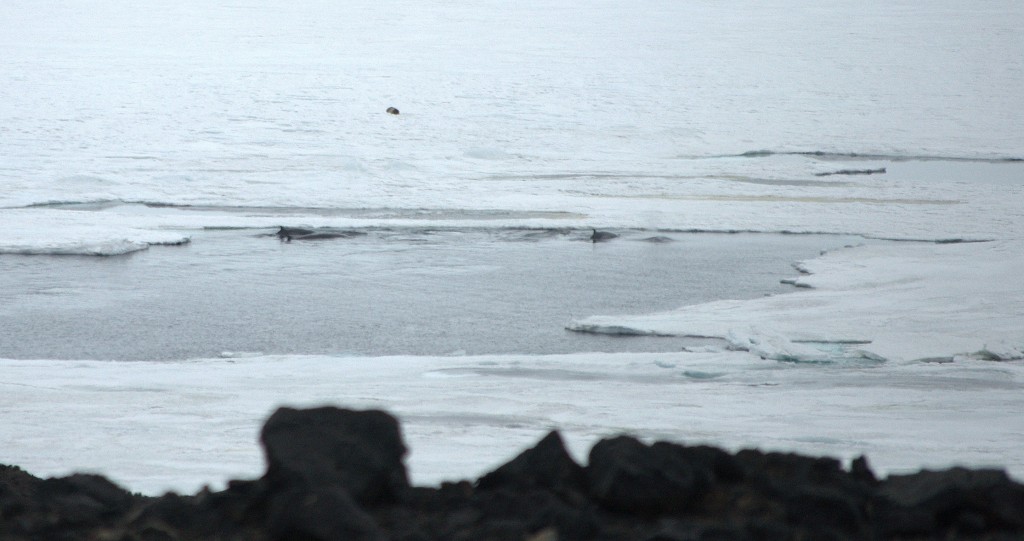 A pod of Minke whales in a little area of open water near Scott Base. There are lots more than this around as well, in open pools and at the ice/water edge. 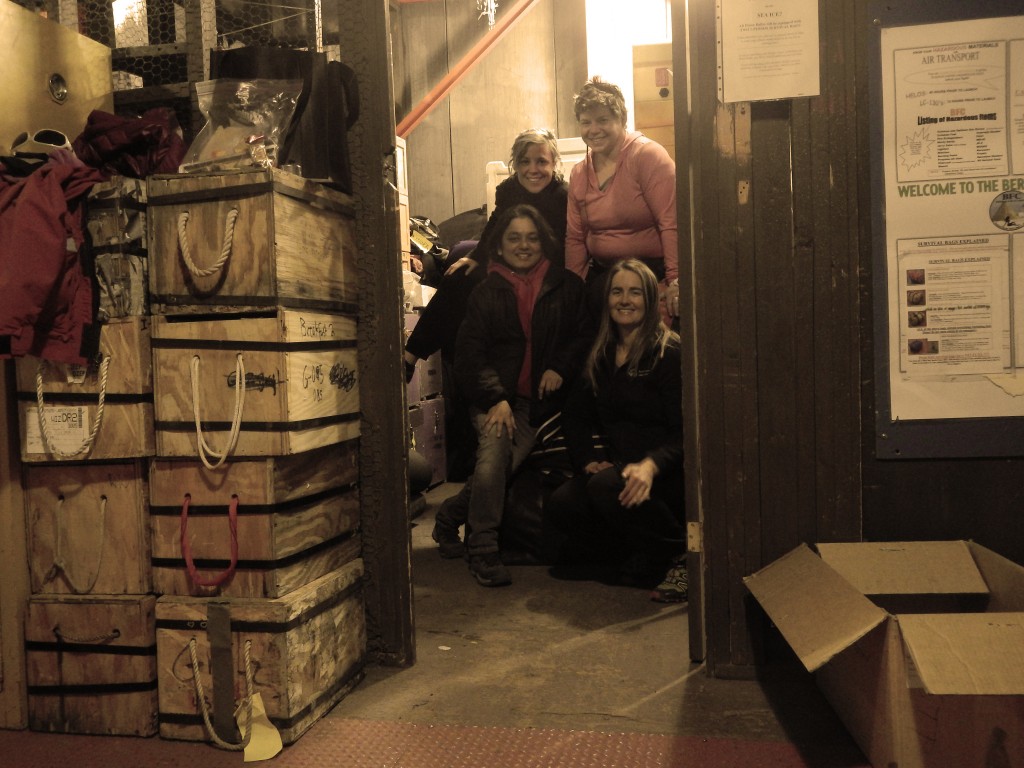 Morgan, Barb, Manavi, and Jani in the “cage,” or storage area for ANSMET gear in the Berg Field Center (BFC). I put a sepia filter on this photo because with the stacks of boxes it reminds me of images of the early Antarctic explorers in whose footsteps we follow.

-posted by Barb (editing by rph)
Previous
Next
Scroll To Top