Today is the first day of the meteorite search for the reconnaissance team in Gardner Ridge. The windless, relatively warm (- 21 deg C!), beautiful weather is perfect for meteorite hunting. We left our camp in Klein glacier at 9 am, and reached the blue ice fields in the Gardner Ridge after one hour and a half snowmobile driving. There were moraines nearby, and small fragments of the local rocks were scattered on some ice field. After two hours passed since we started, we found the first meteorite which is about 6 cm across, covered by a dark chocolate brown shiny fusion crust (the first picture). All of us were excited about the recovery of the first meteorite on the very first day of our mission. In the afternoon, the second meteorite, about 8 cm across with a brown fusion crust was recovered on the different blue ice field. Both of them are likely ordinary chondrites (the most common type of asteroid meteorite fragment – see Andrew’s earlier post), although detail studies back at NASA Johnson Space Center and the Smithonian will provide the official classification. The landscape here is absolutely stunning with white snow and blue sky. The speechlessly calm and peaceful atmosphere makes me feel like being forgotten from the rest of the world, and wonder as if we were in a different planet. Now we are searching for meteorites coming from different planetary bodies or asteroids, which had been buried under the ice sheet and long waiting to be recovered by us. 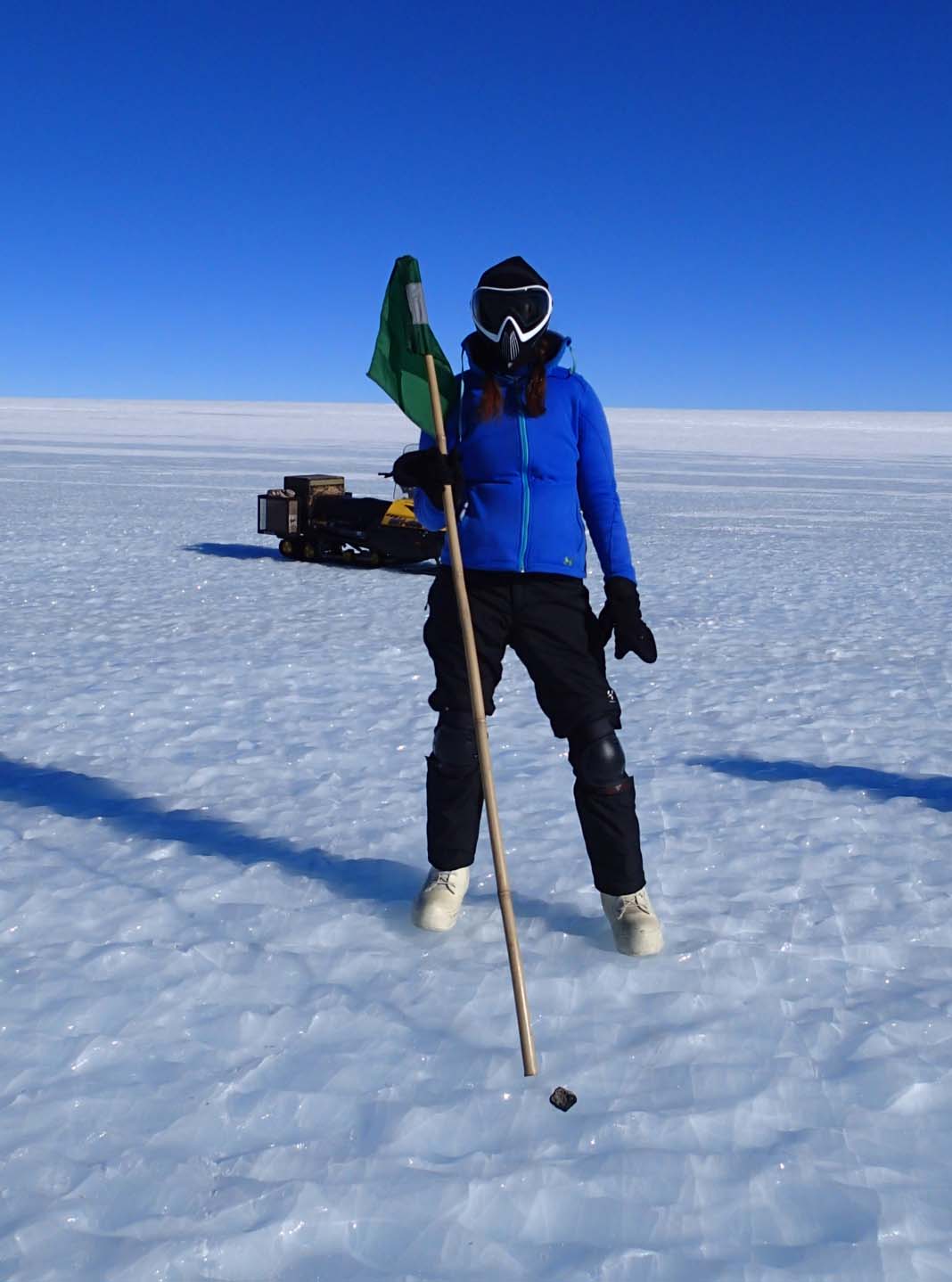 Katie with a find!