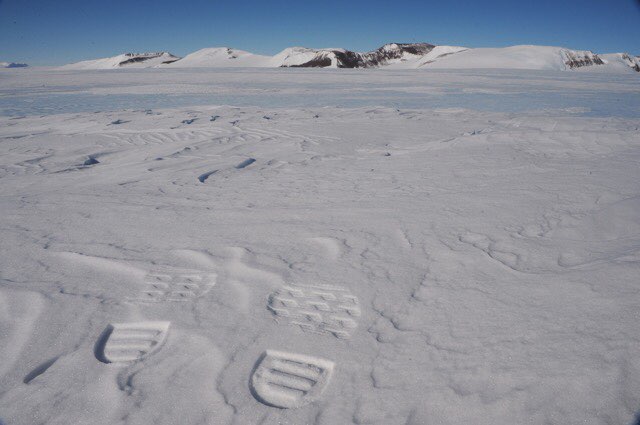 Only a hand full of humans have ever been to this place.

How do you prepare for the things you don’t know? That’s right – it’s tricky. And it’s one of the fundamental problems of space flight. With projects like the International Space Station (ISS), in 20 years of operation, we have gained a knowledge base that is large enough to prepare astronauts for most of the situations they can expect in a long duration mission to Low Earth Orbit. Even though most of them have not flown to space, our impressive team of instructors at the European Space Agency (ESA), NASA and Roscosmos have a vast amount of experience and intuition, which they pass on to future crew members.

Yet even the 18 months of basic training, plus two and a half years of specific training for each ISS mission cannot fully prepare us for what we encounter up there. Examples include the unexpected failure of one of our space suits, a launch abort, an air leak, and several unforeseen medical challenges. You may argue, of course, that this factor of unpredictability is exactly why we fly to space and do science there. Because we DON’T know the outcome, in many cases we found very beneficial things that we didn’t even know to look for, like new materials, fundamental particles, or properties of the human immune system. 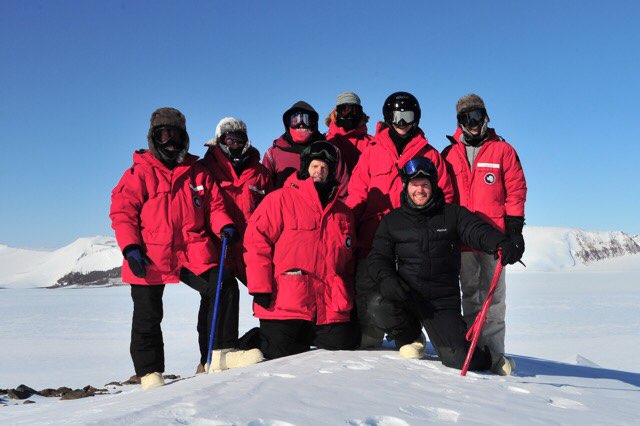 Still, as an astronaut, you’d rather be prepared for what’s coming if you have the choice. Now imagine a mission for which you can’t make use of a 20-year knowledge base. Like a mission to the lunar South Pole. Or to the cold and lonely desert plains of planet Mars. These missions are headed our way. We will have to live and do scientific work in a totally new environment, in which humans have no intuition nor experience. What we know comes from a handful of short human missions to the lower lunar latitudes 50 years ago, with very different technologies and objectives. So we better be prepared.

But how DO you prepare for that? In addition to training, part of the solution is to live and work in what we call a “space analogue environment”. That’s why I recently spent six days underground in the total darkness of a Slovenian cave with five of my colleagues from Russia, USA, Canada and Japan [ESA CAVES 2019]. For a similar reason, ESA developed the PANGEA geology training [ESA PANGEA] and NASA regularly sends international astronaut crews to the bottom of the sea floor off the coast of Florida [NASA NEEMO]. But every analogue environment only captures a part of what it is like to live and work in space. That’s why we need several of them, each one complementing the others. 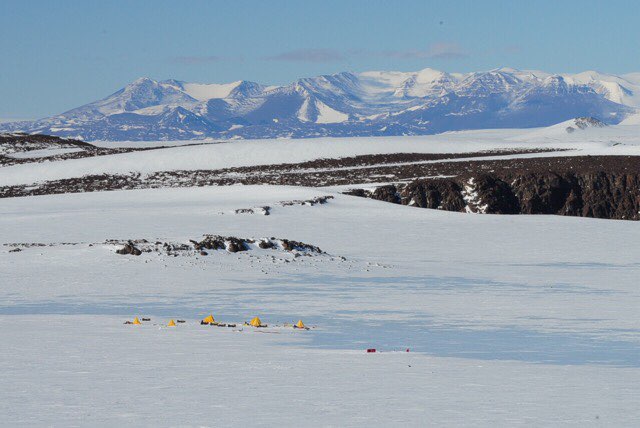 The 2019 ANSMET base, located at 2500 m on a glacier between Mt Ward and the Davis Nunataks, some of the Southernmost rocks on this planet that stick out of the Antarctic polar ice plateau. Located close to the top of the gigantic Beardmore glacier, legendary polar explorer Robert Falcon Scott and his crew passed by only a few kilometers from here on their way to the South Pole, one century ago.

And here comes the connection to the ANSMET project. Scientists and astronauts are collecting meteorites in Antarctica, rocks that fell from space, originating from several sources in our solar system, sometimes even from the Moon and Mars. By itself, this project is already one of the most important opportunities for the scientific community to look beyond horizons, not only of our own planet, but beyond Earth’s orbit, right into the heart of our solar system, and into the vast depths of space.

From the space rocks that ANSMET collects, some of which lay here in Antarctica for millions of years before being picked up, scientists can learn how the solar system formed, and what rocks to expect when we land on the Moon and Mars. Maybe they will even help us to determine if there is life on Mars. And, possibly most important for all humans, these meteorites allow space agencies like ESA and NASA to predict what material the next dangerous asteroid headed for Earth might be made from – which is really what you want to know when trying to deflect it from its path, saving Earth from an impact (if you want to learn more about this subject, check out ESA’s and NASA’s new joint mission [Hera and DART] to look into this problem).

But on top of that, ANSMET has even more in store. By taking not only scientists but also astronauts into the field as team members, or better “crew members”, ANSMET creates a mutual learning experience. It might sound strange at first, but a field trip into the depths of the Antarctic continent to perform scientific work has a lot in common with a space mission, especially one to a Lunar or Martian surface.

The first commonality is that in both cases, we travel to a hostile place, under difficult and sometimes dangerous conditions, to extract knowledge for the eventual benefit of all humans on Earth. If you look closer there are a lot of similarities, or what scientists call analogies between the two activities.

The crews of both Antarctic and space missions have to undergo a lot of effort and logistics to even get to their field locations. In both cases we live in small teams, in inconveniently crammed spaces, hundreds of kilometers from the next natural life form, separated from our loved ones for months, celebrating the holidays away from home. We need to be self-reliant in case of an emergency potentially for many days, if not weeks, with no doctor or hospital in reach. If our tent or spacecraft breaks, we can’t simply buy a spare part in a warehouse. There is no shower, no fresh veggies, all food is conserved or frozen, and we have to melt our drinking water from glacial ice that is hundreds of thousands of years old. On the Moon, we will have to extract water and oxygen from lunar rocks. Temperatures in Antarctica reach well below -40°C; on the Moon it will be even colder.

Imagine yourself to be out here on the ice with us. If you step outside of our camp, you are usually the first human in history to put your foot there. There is no news access, no internet, and no weather forecast. If you want to send a sign of life home, like this text, you have to do it via a painfully slow satellite link. You sleep in bright sunlight. There is no night to tell you when to go to bed, the sun is up every second of each day. There are no forms of life out here. Just eight humans in small yellow tents – everything else in a radius of 500 km is either rock, ice, air, or a meteorite.

Up here on the Antarctic Plateau, at 2500 metres of altitude, outside temperatures are so low that it takes me roughly half an hour every morning to put on five layers of clothing plus two pairs of socks, gigantic inflatable boots, two or three layers of gloves, several neck gaiters, balaclavas, a nose guard, ski goggles and a snowmobile helmet. My Antarctic gloves allow for roughly the same dexterity as the space suit gloves I wore for my space walk outside the International Space Station. If you want a hint of what it’s like, put your hands in ice water for five minutes, then put on some oven mitts and try to separate the stuck-together ends of a trash bag to find its opening.

And with exactly this cumbersome suit of cold weather gear we have to operate the sterile sampling appliances, with which we pick up and stow our extraterrestrial samples to safely return them to NASA’s receiving laboratories at the Johnson Space Center in Houston. I didn’t write “back to Earth”, but you get my analogy. What we are doing here is very similar to what astronauts will be doing soon when they fly to the Lunar South Pole to perform science there. And the more we can learn by performing these activities here on Earth under similar conditions, the more successfully we will be able to operate on the lunar surface, with all its unknowns.

In the best way possible, we are preparing for the unknown.