[INTRO] Energy can be produced in many ways, ranging from burning of fossil fuels such as oil or coal, to more renewable sources such as wind or solar. The latter are receiving much attention due to limited reserves and greenhouse gas emissions of fossil fuels. Wind and solar energy, when converted to electrical energy, must be stored in some manner. A lot of attention has been directed at way to store electrical energy in batteries for transportation and other uses. In particular, lithium ion batteries play a central role in powering many consumer electronics and electric cars. As the size of lithium ion batteries grows to be of use in a vehicle, so does the potential for catastrophic failure and fires. Hence, much research has been directed at the design of safer batteries. [/INTRO]

[Research Strategy] We (in collaboration with our electrochemist collaborator Professor Daniel Scherson) have initiated a group of activities for developing various molecular components to advance the scalability of lithium ion batteries as energy storage devices.  Some of the work has resulted in collaborations with regional corporations.  One approach we have developed is on synthesis of Flame Retardant IONs (FRIONs) that might replace some or all of the LiPF6 that is used in many lithium ion batteries (Inorg. Chem. 2010, Angew. Chem. 2014, Dalton Trans. 2021). 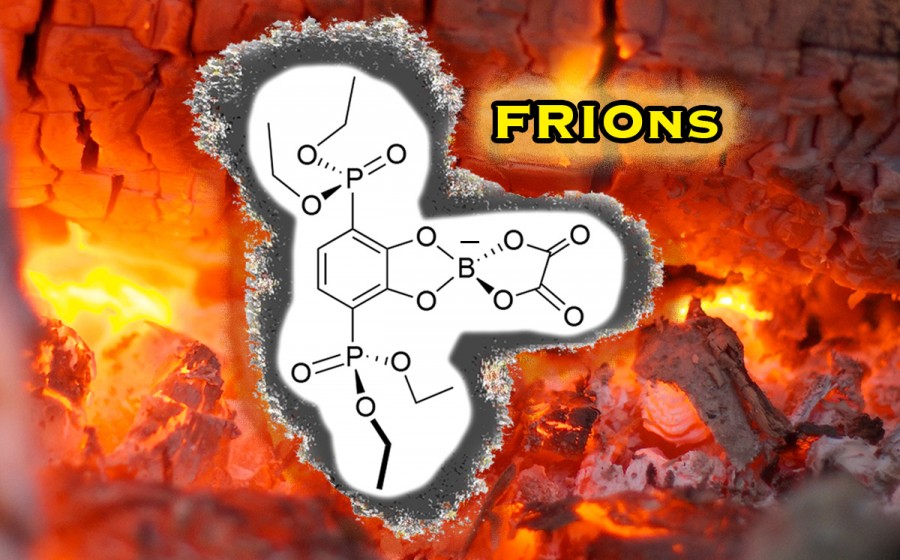 This project is funded by Underwriters Laboratories and has received past funding from the Dept. of Energy

Specific Project (b) New Ligands for Catalysis based on meta-Terphenyls