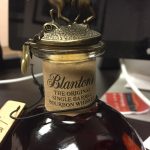 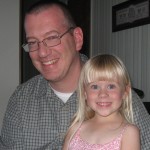 My research is focused on the role of protein-protein interactions in splicing regulation and the manner in which competition for binding sites on the RNA effects splicing regulation. This is being done using HIV-1 splice site A7 (ssA7) and its regulation by the repressor hnRNP A1 and the enhancer SRSF1 as a model system. As the C-terminus of the human splicing regulator hnRNP A1 is the domain most responsible for protein interactions, strategies for examining its structure and the manner in which it binds proteins are being developed. Its ability to bind the ssA7 RNA in competition with SRSF1 is being examined with the hypothesis that the binding of these regulators during transcription could potentially alter the structure of the RNA and change the binding profile for the two proteins. 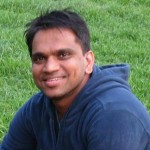 The heterogeneous nuclear ribonucleoprotein H (hnRNP H) protein family is involved in RNA splicing of cellular and viral mRNAs. These proteins function as both splicing activators and repressors. This family has previously been found to interact with poly-G sequences (G-tracts) of cellular and viral mRNAs using quasi-RNA recognition motifs (qRRMs), including human immunodeficiency virus (HIV). HnRNP H is composed of three qRRMs, separated by linkers and two Gly-rich domains at the C-terminus. The qRRM1 and qRRM2 domains are located at the N-terminus and separated by a 22-residue linker, whereas qRRM3 is located near the C-terminus. To gain structural insights between hnRNP H-RNA recognition, we characterize the interactions between the hnRNP H and G-tract RNA using various biophysical techniques, including ITC, fluorescence spectroscopy, CD spectroscopy, multidimensional NMR, and SAXS. This study provides the molecular insight for better understanding the role of the qRRM domains of hnRNP H in RNA splicing of cellular and viral mRNAs. 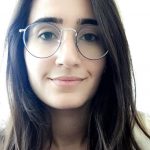 My research project focuses on studying the structural characterization of the interaction between the Enterovirus 71 type 1 internal ribosome entry site (IRES) and the protein 3C protease. I am interested in the site of RNA-protein interactions, structural changes that accompany it, and how this can affect the enzyme’s activity. The 3C protein has proved to play a main role in host protein cleavage leading to apoptosis and thus release of the virus. 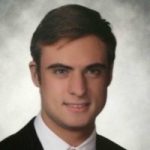 search centers around studying the structure and function of human heterogeneous nuclear ribonucleoproteins (hnRNPs), which are present in the cell nucleus during gene transcription and regulate alternative splicing. This is done primarily through nuclear magnetic resonance (NMR) spectroscopy. I also perform occasional molecular dynamics (MD) simulations.